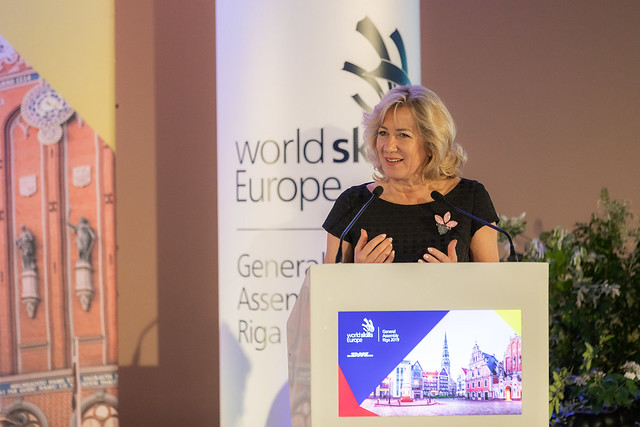 The event began with an Opening Plenary featuring a panel of distinguished speakers. After a formal opening speech by the President of WSE, Ms Dita Traidas, Latvia’s Minister of Education and Science, Ms Ilga Suplinska, welcomed delegates before handing over to the President of WSI, Mr Simon Bartley, who was followed by Latvia’s Deputy Head of Analytical Administration at the Ministry of Economics, Mr Janis Salmins, and finally by Member of European Parliament and France’s former Minister of Finance, Mr Jean Arthuis.

Four meetings took place at the GA: MarCom, Strategy Committee, Competition Committee, and the GA itself.

Main announcements at the GA:

Representatives of the Organising Committee of EuroSkills Graz 2020 participated in all meetings, providing reports on progress relating to the organisation of the Competition.

View all photos from the General Assembly on Flickr 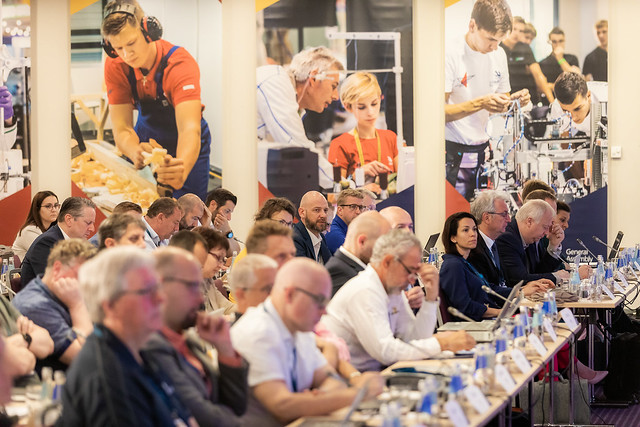