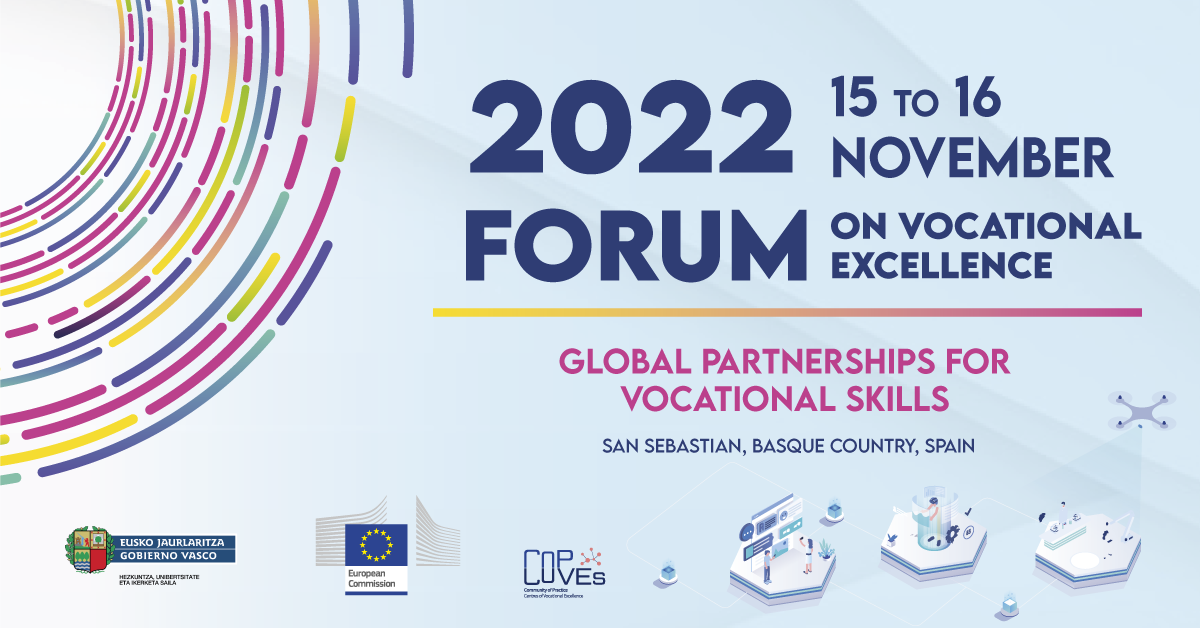 WorldSkills Europe CEO Laurence Gates will join the 2022 Forum on Vocational Excellence to speak about the importance of EuroSkills and WorldSkills Competitions.

With the aim of supporting the EU in its initiative on Centres of Vocational Excellence (CoVEs) and its vocational educational and training (VET) strategy, the European Commission and the Basque government, with the support of the European Training Foundation (ETF), Cedefop and EACEA, as well as the Community of Practice on CoVEs, and Katapult, will hold an international meeting in San Sebastian, Autonomous Community of the Basque Country, from 15 to 16 November.

The Forum will be held at the Tabakalera International Centre for Contemporary Culture. It will include the participation of the partners of ongoing CoVE projects, as well as other European centres currently developing or intending to develop initiatives on vocational excellence, and forming part of wider European networks.

The event aims to mobilise the participation of different VET centres and relevant stakeholders, to reach the European target of establishing at least 100 networks of vocational excellence by 2027.

The Forum has the following objectives:

European Commissioner Nicolas Schmit has confirmed his participation at the opening of the event on 15 November.

WorldSkills Europe CEO Laurence Gates will join the Forum on Day 1 (15 November) for a session called, "VET fit for the future – the role for Vocational Excellence", where she will speak about the ways in which EuroSkills and WorldSkills Competitions, together with participating Member Country organisations and Sponsors and Partners support the ambitions and activities of the CoVE initiative by helping to raise standards of excellence in technical and vocational education and training across the world.

The event will be hybrid, with a physical component in San Sebastian and the main parts of the program being streamed online for all to follow.

For more information about the event, visit: ec.europa.eu.